The Premier League is the most-watched league in this side of the world. From crampy viewing centres at almost every street of Nigeria to street-side bars and people watching at home, the Premier League has over the years garnered a huge following in Nigeria.

One factor that led to the huge popularity of the league in Nigeria was Kanu Nwankwo, the most popular Nigerian footballer at the time when he joined Arsenal in 1999. Since then, a slew of Nigerian talents has followed with their success stories.

The criteria used for this list include the impact of the players and trophies won during their time there including European competitions. 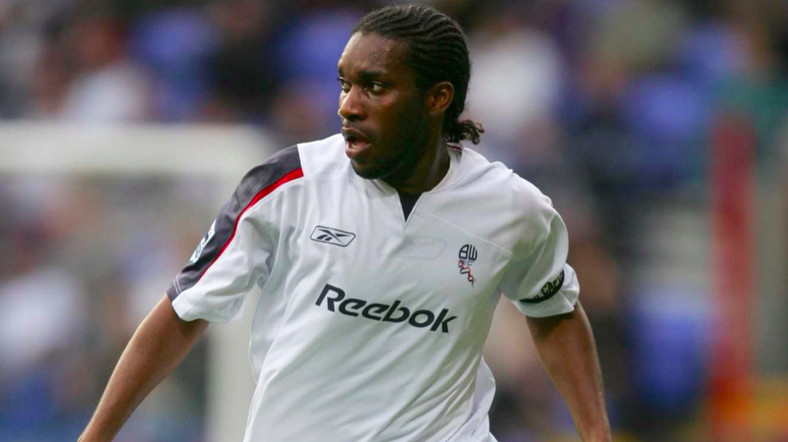 Arguably the most talented Nigerian footballer of his generation and the ones after, Austin ‘Jay Jay’ Okocha played in England at the twilight of his career. Despite the late move to England, Okocha still had two very good years of football left in him and brought his skills and trickery to the bigger audience that the Premier League offered.

It was Bolton Wanderers that he gave it to, bringing a certain glamour to Sam Allardyce unfashionable side in 2002 after joining for free from Paris Saint-Germain.

Okocha scored crucial goals to save Bolton from relegation in his first season and led the side as a captain to the final of the League Cup where they lost to Middlesbrough.

Jay Jay’s stay in the Premier League was short yet so memorable. 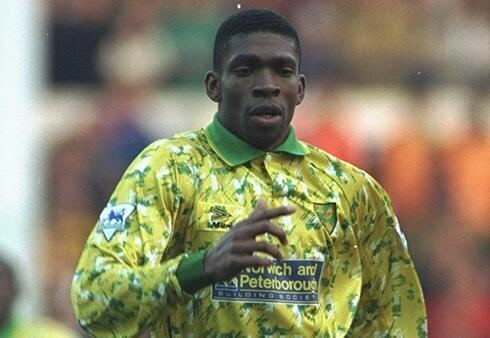 Years before the Premier League became the most popular foreign league in Nigeria, Efan Ekoku who represented Nigeria at the 1994 Africa Cup of Nations (AFCON)and FIFA World Cup had already made a name for himself in England.

After some years in the lower divisions, Ekoku had a good start in the Premier League with Norwich which he joined in March 1993.

With Norwich in the mix of a title challenge, the Nigerian scored three goals in 10 games although they only finished third.

The following season, he scored Norwich’s first-ever goal in European competition was instrumental in their famous elimination of German giants Bayern Munich in the UEFA Cup. He managed 12 league goals that season, 14 in all competitions for his best individual season in the Premier League.

His impact waned at Norwich before he joined Wimbledon where he became the main source of goals for a sturdy Wimbledon side in the 1995/96 season.

That season and the next, the Nigerian finished as the highest goalscorer for the club. He scored 52 Premier League goals as the third-highest scoring Nigerian in the league. 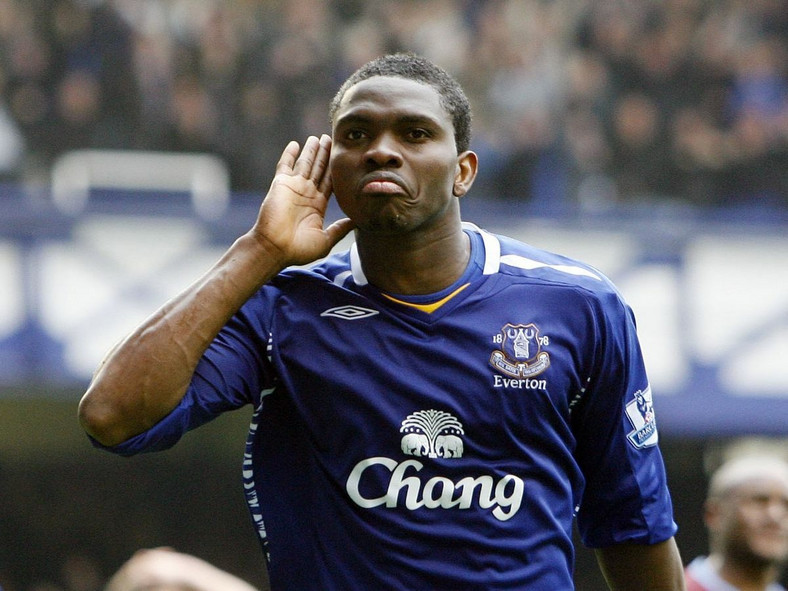 Joseph Yobo was a young right back when he was signed by Everton first on loan in the summer of 2002 as the first signing of David Moyes.

From there on, Yobo became a huge figure in the Moyes-era. Dependable and consistent, he impressed in Everton colours that he was once reportedly close to a move to Arsenal in 2006.

The Nigerian was solid for Everton and remained the first choice for more than five years with over 200 Premier League appearances to his name.

He also captained Everton before he joined Fenerbahce.

He briefly returned to the Premier League although he was able to make only eight appearances on loan at Norwich in 2014. 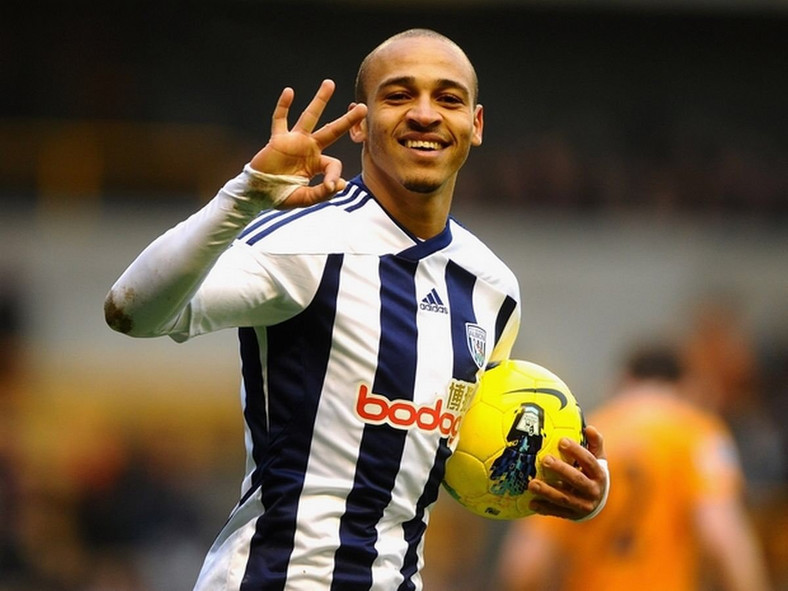 Only three Nigerian players have won the Premier League Player of the Month award but only one player won it thrice. Osaze Odemwingie.

Odemwingie’s good stint in the Premier League was short but impactful. He was an immediate success for West Brom in the 2010/2011 season. The Nigerian in his debut season scored 15 goals in total as he carried the team on his back with some brilliant individual performances.

The next season he scored 11 goals and was good again for the Hawthorns before his influence waned in the third season. He went on to play for Cardiff and Stoke City where he didn’t make much impact. But he makes this list off his fine two years when posed a problem for Premier League defenders with his pace, dribbling and strength. 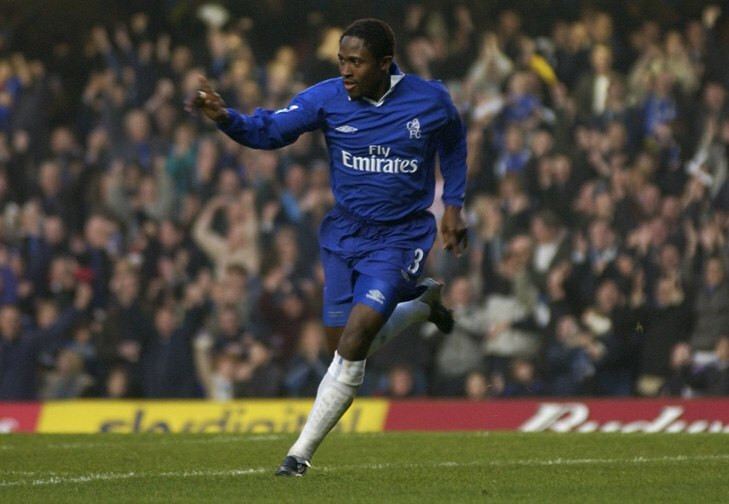 Celestine Babayaro was just 18 when Chelsea splashed £2.25million on him, a club record for a teenager at that time. This meant he was a big deal and he got to justify that price tag with over 200 appearances for the club

He was good right away for Chelsea although his debut season ended in December due to an injury. He went on to play consistently for Chelsea for five years winning the FA Cup and featuring very well in Chelsea’s memorable Champions League run in the 1999/2000 season.

He left Chelsea for Newcastle United in January 2005 and was the first-choice left-back at St James’ Park before injury limited him. 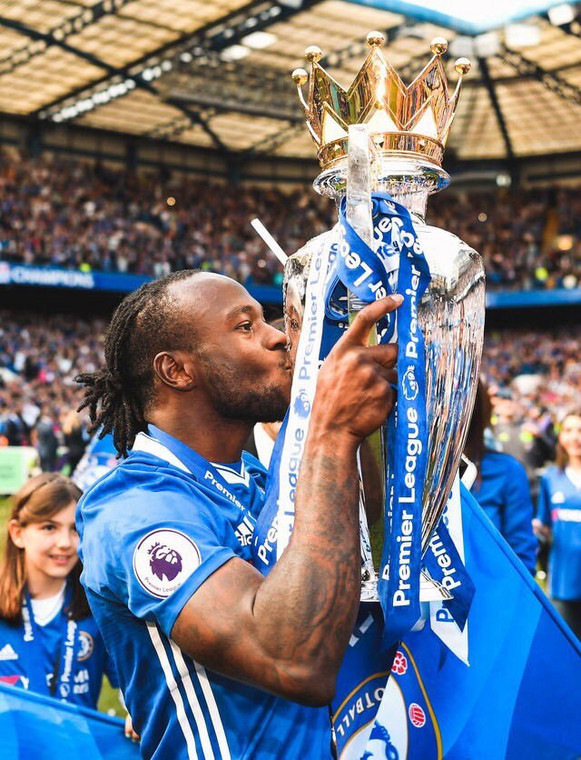 Most of Victor Moses’ career has been in England where he rose through the ranks at then-Championship side Crystal Palace before a move to Premier League side Wigan.

It was at Wigan that Moses started catching the eyes with his impressive performances on the wings. He got snagged by Chelsea where he played a decent role in their Europa League win of 2013.

He joined Liverpool on loan and started well before he lost his form and then his place in the team. Loan stints at Stoke City and West Ham followed but the forward could not make much impact.

It was at Chelsea under Antonio Conte that Moses got a new role and made a huge impact as a wing-back in the Premier League winning season of 2016./2017. He continued with that role the next season to help Chelsea win the FA Cup before he left on loan to Fenerbahce and now Inter Milan.

Moses makes this list for his impact at Wigan where he showed a lot of promise and Chelsea where he took on a new role and impressed.

For the Chelsea title-winning side of 2016/2017, Moses made 22 consecutive Premier League starts from September 2016 to April 2017. 28 league starts and 33 league appearances in total this season.

He is the Nigerian player with the most Premier League appearances for a title-winning team ever. He also has the fourth-highest number of assist by a Nigerian player, 18. 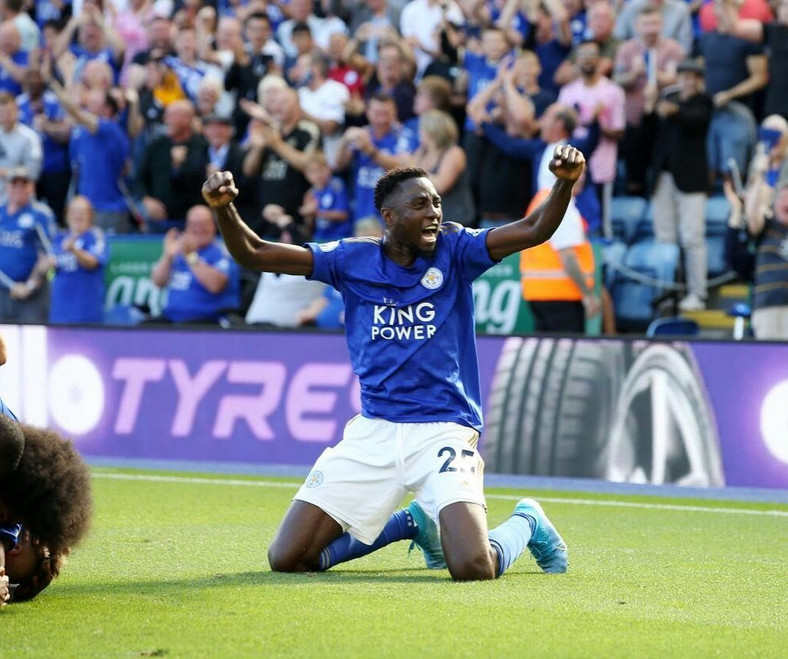 Throughout these years, Ndidi has been one of the leading defensive midfielders in tackle success, recovering the ball and miles covered not only in the Premier League but in the whole of Europe.

Every season, he raises his game and potentially, he has the chance to be the only player on this list to be a genuine world-class player in his prime. 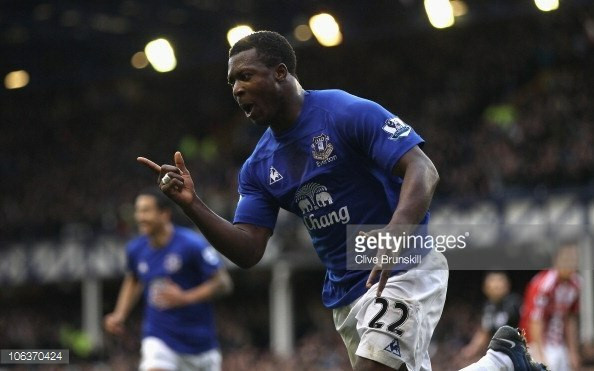 Nigerians do not have a fond memory of Yakubu Ayegbeni due to a missed sitter in a World Cup game. That nonetheless does not take away what the Yak did in the Premier League.

Yakubu is unarguably the most consistent Nigerian goalscorer in the modern football era due to what he did in the Premier League with three clubs.

He scored goals for fun everywhere he played in England from Portsmouth to Middlesbrough, Everton and Blackburn.

In his two full seasons at Portsmouth, he scored 28 goals before a move to Middlesbrough where he only got better scoring 19 goals in all competitions. In his second season at the Riverside Stadium, he scored 12 league goals before he joined Everton in a then-record signing in 2007.

At Goodison Park, Yakubu had his best season, scoring 21 goals in all competitions to become the first Everton player since Peter Beardsley in 1992 to score more than 20 goals in a season.

Although Blackburn suffered relegation in the 2011/2012 season, the Nigerian still managed an impressive 17 league goals.

He also assisted 26 times, the second-highest number of assist from a Nigerian player. 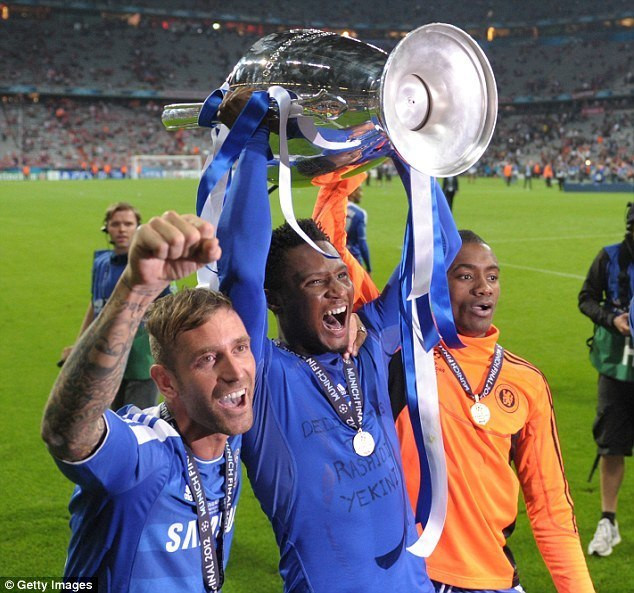 Regarded as one of the greatest Nigerian players, Mikel Obi won a plethora of trophies for Chelsea. He is however somewhat underrated for the role he played in those triumphs.

Mikel featured in all of Chelsea’s FA Cup games in the run to 2007 final in which he played the whole 90 minutes plus 30 minutes of extra-time and started the move that led to the winning goal against Manchester United. He also played in the finals of the FA Cup in 2009 and 2012. He made 25 appearances in the league title-winning season of 2010 and 18 in 2015.

One of his biggest performances for Chelsea came in the 2012 Champions League final win against Bayern Munich to win the biggest trophy in club football. Mikel’s time in England can be defined by the titles he won. Four FA Cup, two Premier League, a Champions League, Europa League and two League Cup titles.

Mikel’s career path often leads to the reason many downplay his impact at Chelsea. He showed lots of promise as an attacking midfielder before he joined Chelsea where Mourinho stifled his creativity.

Nostalgia and the thought of what could have been with Mikel’s career often lead to this sentiment but at his peak, Mikel was a very good player with his strength in the tackle, positional discipline and ball-playing capability.

Kanu Nwankwo’s career had hit a snag by the time he joined Arsenal in February 1999 to reignite himself.

Kanu was very impressive for the next two seasons, scoring a good number of goals including the hattrick against Chelsea at Stamford Bridge. Although he became a bit-part player for the rest of his stay at Arsenal, he still managed to score some important goals and won a ton of trophies-two Premier League and two FA Cup titles.

He joined West Brom where he also scored some important goals including one against his former club Arsenal.

Portsmouth was next for Kanu where he did more for his legacy by helping them to an FA Cup title in 2008.

He pips Mikel to number one because of his impact as the Nigerian player who made the Premier League more popular in Nigeria. At his peak, he also won the African Player of the Year award as a Premier League player, something Mikel never achieved.

Exclusive OlamondNaija: 10 slangs only a Nigerian can understand

Governor Fayemi: ‘No more bail for rapists in Ekiti’

45 Unbelievable Facts About Past & current US Presidents

11 interesting things you should know about Africa

Exclusive OlamondNaija: 10 slangs only a Nigerian can understand

Governor Fayemi: ‘No more bail for rapists in Ekiti’